How does the IOT System Work in Everyday Things? 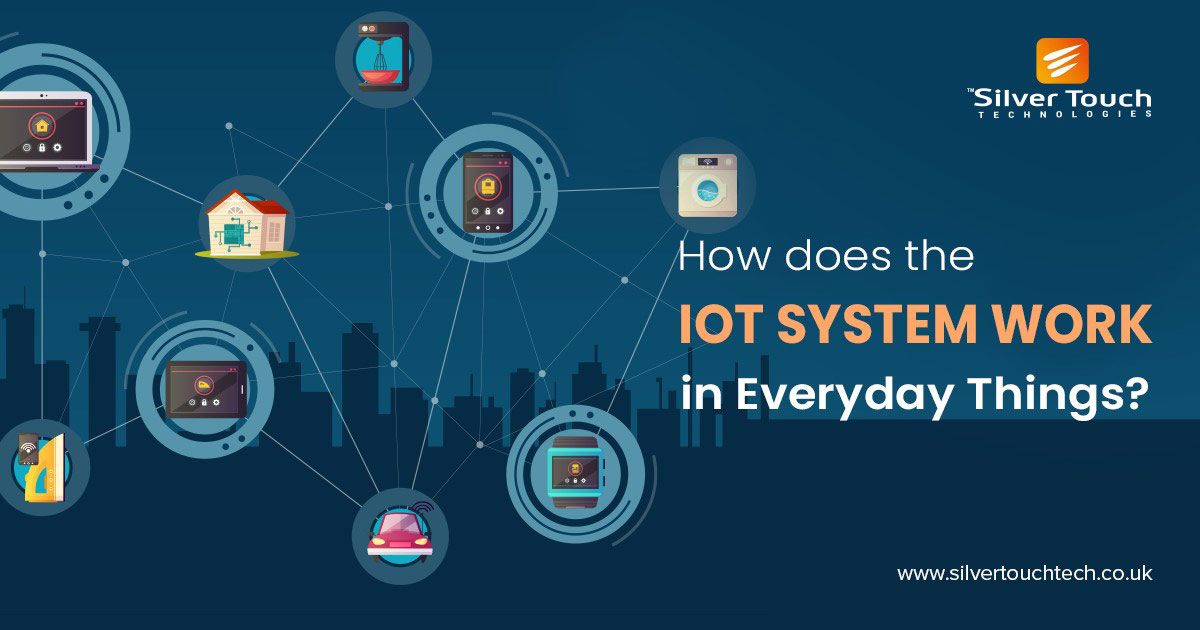 It would not be erroneous to say that the 21st century is the era of the internet. From personal lives to professional success, every facet of humanity relies upon the internet and technologies that come with it. As per research, by 2050, 50 billion of the devices people use will be connected to one another and the cloud. Hence, the nitty-gritty of each aspect of our public and private lives will revolutionize. In such a context of ‘internet inundation,’ we can understand the Internet of Things. The IoT or the Internet of Things is a phenomenon that connects any device that possesses an on-off switch to the internet. In a layperson’s language, IoT is a matrix that interlinks every object to the internet. Thus, the internet acts as the intermediary via which devices communicate with one another. From smart ovens to self-driving cars and automatic curtains, the digital transformation using IoT is paramount and unrivaled.

It is noteworthy to mention that IoT includes two primary applications – enterprise and consumer. As the name suggests, consumer IoT products are oriented to direct consumer use. Most of the smart devices proliferating in the market are examples of consumer IoT. On the contrary, enterprise IoT facilitates the real-time delivery of invaluable insights to companies about their assets, thereby eradicating the need for manual tracking, investigation, and guesswork. Now that we have talked about IoT basics let us see how IoT works.

How Does IoT Work?

The Internet of Things’ core idea is that a device or object with built-in sensors is linked to an IoT platform that integrates data from many devices and use analytics to provide the most valuable information with applications tailored to specific needs. Powerful IoT platforms can precisely determine what information is helpful and redundant. They can utilize the extracted data to detect patterns, give recommendations, identify possible problems before they emerge, and likewise. The rudimentary functioning of IoT facilitates one of the following objectives –

The Everyday Influence of the Internet of Things

Hence, we can see how does IoT work. In a nutshell, it would not be erroneous to assert that IoT will revolutionize our lives in the next twenty years. Therefore, you should hop on the IoT journey early and visit Silver Touch Technologies for innovative solutions.